Now let us discuss each grade pay scale in detail.

Junior Scale is the first grade assigned to the IAS probationers. The post included in the junior grade are:

The post differed from state to state and depends on the state nomenclature of the administrative structure.

Senior Time Scale is the second in the line and assigned to the IAS officers who have completed 5 years of service. The posts included in the senior time scale grade are

Junior Administrative Grade is the next in line and as the name suggest, it is assigned to the IAS officers who complete 9 years in the services and becomes a member of the administrative group in the state bureaucracy. Some posts included in this grade are as follows.

Selection grade is assigned to the IAS officers who complete 12 to 15 years in service. This is the most opportune time for the IAS officer. At this stage, he plays a very important role in policy decisions.

This grade is assigned to the IAS officers when they complete 17 to 20 years in the service. The officers don’t follow a regular posting because the postings depend on the will of state governments. Besides, the state cadre strength also plays its role here. The most important posts included in this grade is

The Apex scale is the second top grade in India and only second to the Cabinet Secretary Grade. The officers assigned to this grade only after they achieved success in their previous postings. The posting in this grade depends on the performance and the will of the government. Some posts included in this grade are as follows

This is the apex of the pyramid of IAS salary grades in India. Cabinet Secretary is the top officer of India. The IAS officer for this post is hand-picked by the Prime Minister of India and he can choose from a list of officers provided to him from the Ministry of Personnel.

One of the most important parts in relation to the IAS salary is that the salary is decided and fixed by the Union Government of India, but it is paid from the State funds. The state to which the IAS officer is assigned pays the salary and the other benefits. 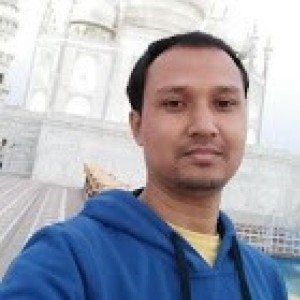 Safi is the founder and chief editor of ZoomTutorials Blog, a leading tutorials and technology blogging site specializing in DevOps, SysAdmin and Cloud Technologies to help IT professionals in their day to day work. He is a Senior Cloud and DevOps Solutions Engineer at a leading eCommerce development Company and has more than 8 years of SysAdmin experience working with Fortune 500 companies to solve their most important IT backbones. Safi lives in Hyderabad with his wife and a son.